Fiedel aka Michael Fiedler – producer, a long-time Ostgut connected and subsequent Berghain resident. One of Berlin’s true peak time champs, defies stereotypical notions of what the sturdy Berlin techno sound allegedly seems like, combine apparently opposing music through interaction and mixing of styles and moods, minimalism with house, heavy electro, and even occasionally hi-NRG, without loosing the storyline – all this makes out the characteristic Fiedel sound.
Raised in Brandenburg, he was influenced by artists of the old school hip hop like Mantronix and Egyptian Lover and the early works of Depeche Mode and Kraftwerk. A very important influence was Monika Dietl’s radio show at Radio 4U in West-Berlin.
In the beginning of the 1990s, he started DJing in public as a regular at the Monday events at Subversiv. Shortly after he began his collaboration with his befriended Errorsmith under the name of MMM. They released several productions and play live shows. Since 2000 he was a resident at Ostgut and later on continued his residency at Berghain. On the compilation Fünf he had his first solo release on the incorporated Ostgut Ton label, followed by contributions to the compilations Various (2013) and Ostgut Ton | Zehn (2015). In 2012 he eventually founded his own label Fiedelone, to give his own productions a more personal base. In spring 2014 he developed a live set, which he premiered at Berghain. 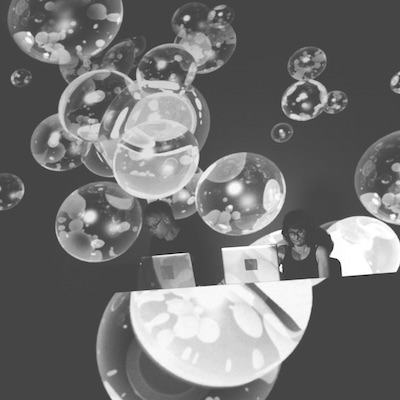 Kera Nagel and André Aspelmeier from Hamburg, founded incite/ late 2002 with a clear focus on live performance. They bridges original, electronic music with dynamic monochromatic visual layer synchronized with sounds. During 10 years career, incite/ played more than 200 live concerts and in 2015 they were selected as official artists for the German Pavillon at the Milan World Expo in Italy. Awards have included at the Qwartz Electronic Music Awards in France, the WRO Media Art Biennale in Poland and the Visual Music Awards in Germany. 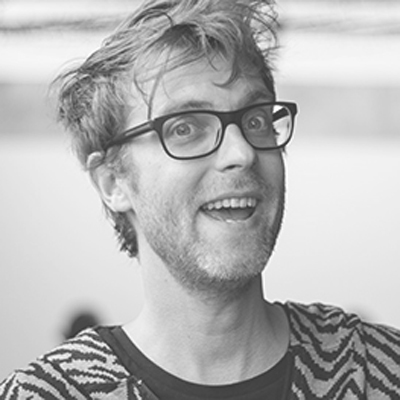 French visual artist, architect and software developer based in Paris. He is the co-founder of 1024 Architecture, an artistic studio that implements unique light performances and installations that blurs the boundaries between space, architecture, light and coding, which realised one of the first audio-reactive videomappings (Perspective Lyrique, Lyon, 2010). While he was 13, he designed his first Arcade game, later co-founded Exyzt and 1024 architecture collective. Leading Madmapper and Madframework development, Franﾍois aka Frz is always pushing the boundaries of realtime graphic tools. 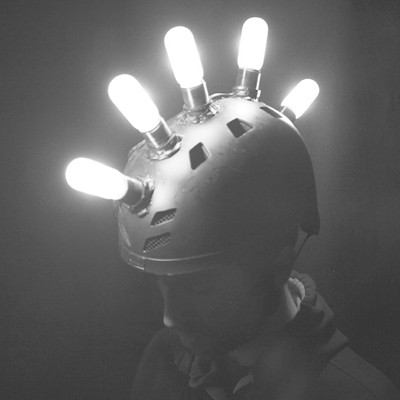 Fernando studied philosophy at university. He chose then to focus on concrete music and integrated the Paris Conservatory. Considering the music as a visual art , it starts multimedia collaborations: Vincent Ravalec, Mike Ladd and then finally Franﾍois Wunschel will cross his path. He joined Exyzt collective and finally 1024. They‘ve created together the performative trilogy “Euphoria, Crisis, Recession” among other art installation and inaugural video mapping. 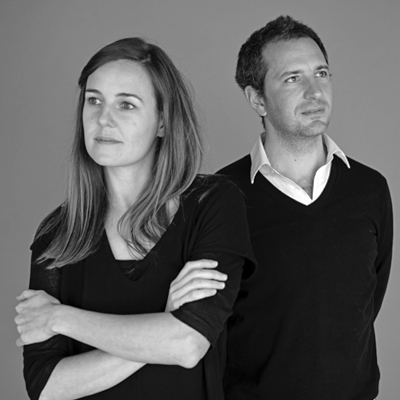 Adrien Mondot and Claire Badrainne Company has been acting in the fields of the digital arts and performing arts since 2004. They create many forms of art, from stage performances to exhibitions combining real and virtual worlds with IT tools that were developed and customised specifically for them. They place the human body at the heart of technological and artistic challenges and adapt today’s technological tools to create a timeless poetry through a visual language based on playing and enjoyment, which breeds imagination. The projects carried out by Adrien Mondot and Claire Bardainne with the company operates as a research and creativity workshop based out of Presqu’île in Lyon.
In the Hakanaï production during Patchlab 2016 performs Virginie Barjonet (dance), Rodolphe Martin (digital interpretation), Christophe Sartori (sound design). 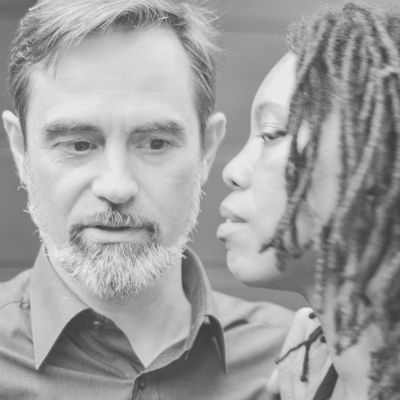 Tale of Tales [BE]

Auriea Harvey and Michaël Samyn have created 8 videogames with their studio Tale of Tales in Belgium: from multiplayer deer screen-saver The Endless Forest (2005) over black and white mortality meditation in The Graveyard (2008) to technicolor horror fairy tale “The Path” (2009) and biblical mythology exploration in Fatale (2009) and from the contemplation of futility in “Vanitas” (2010) over the Marguerite Duras-inspired beach holodeck of Bientôt l’été”(2012) to IGF Nuovo prize winning sex game Luxuria Superbia (2013) and the extreme politics of “Sunset” (2015). They are known for controversial and innovative projects that push what videogames can be. The couple have now stopped producing commercial titles to focus on VR and artistic uses of technology with a new project called Cathedral-in-the-Clouds, that special presentation will be hosted during 5th edition of Patchlab. 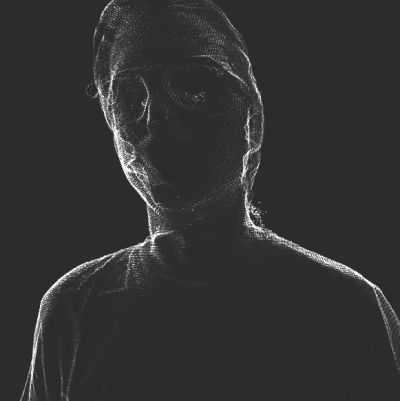 Director, creative developer & sound designer. He is a graduate from Tel Aviv University majoring in Film and Television, and an Avid Certified expert in Post Production and Music. Growing up, Or found his way into the musical world through studies of classical piano and drums. Later down the road, while working in a studio Or found his second passion in sound and started recording and mixing. During and from the point he graduated forward he furthered exploring the art of storytelling through sound, which would later lead to an expedition of creative and emerging technologies as tools for storytellers and himself. Or is a Co-Founder of Phenomena Labs in TelAviv, a studio dedicated to creating immersive audio-visual experiences, where his work ranges from interactive development using techniques such as virtual reality (VR), audio-reactive art and other emerging technologies, while keeping each project’s own unique narrative. 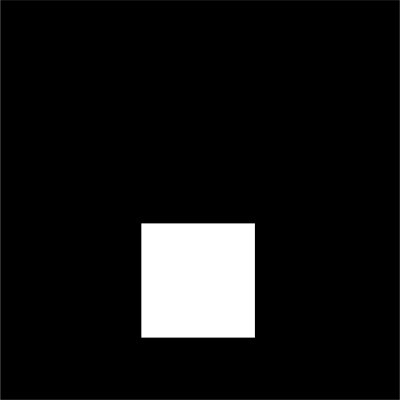 Audio-visual collective founded by Ali Phi in 2008, based in Tehran, Iran. At first it used to be a fusion electronic music band which continued by adding real-time visuals using creative programming. Now the project is a platform for collaboration of different artists & new technologies with focus on Iranian motifs and eastern philosophy. In 2016 they performed at Ars Electronica Festival in Linz. 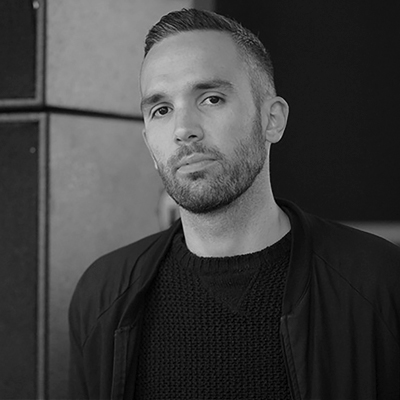 Sound artist and researcher in critical data aesthetics based in London. Through installations, software artworks, and performance, his work explores how critical artistic practice can create new forms of analysing complex technological systems, and critique the power structures which underpin them.
Following his MA in Music and Sonic Media at Music, Film and Media department of Sussex’s University, Wesley received a scholarship from the Sussex Humanities Lab to pursue a critical and creative practice PhD in critical data aesthetics. This research addresses the politics of data and practitioner intervention, towards developing critical practices of data aestheticisation which promote reflexivity and cultural criticism. 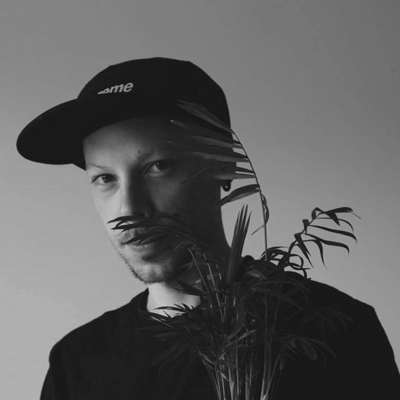 New Media Artist based in London. He expresses his ideas through multi-media platforms : Video Direction, real-time and off-line graphics and interactive installations. The root of his projects comes from ongoing research into the connections between spirituality and sciences. Playfully he explores the boundaries between the physical and the invisible dimensions, the macro and micro scale of matter, the conscious & unconscious mind. 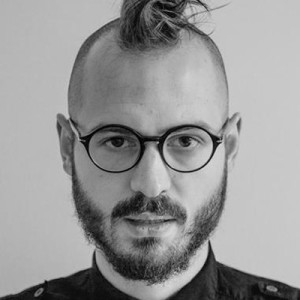 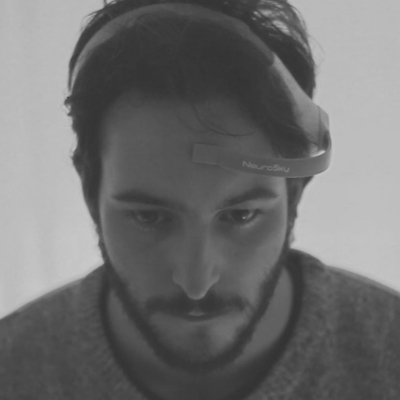 Musician, sound designer, software developer and visual artist born in Verona, Italy in 1990. Currently based in London, UK. He develops interactive installations and performances based on Kinect, Arduino, Mindwave, that aim to explore the relations occurring between creativity and technology and how digital media tools can be used to extend our expressive capabilites.
After completing a degree in Computer Science Applied to Music at the University of Milan and a Postgraduate Diploma in Interactive Digital Media at the Ravensbourne College, London, he is now pursuing a Master Course in Computing with Digital Media at the University of Sussex, Brighton.

DJ, producer and record collector. A staple figure on the Polish underground music scene for nearly a decade, well-loved for his passionate, no-nonsense approach to the craft. His signature sets – at times as long as 6-8 hours – often cut across genres and eras, displaying the breadth of his musical roots, which lay in blues, soul, disco, dub and psychedelia as much as in house and techno. He has played hundreds of gigs at clubs and festivals around the country and beyond. He participated in the 2008 edition of Red Bull Music Academy. Releases music on Pets Recordings/STEP, Transatlantyk/TVPC, S1 Warsaw, Most, U Know Me, Uncanny Valley and Koh-I-Noor. 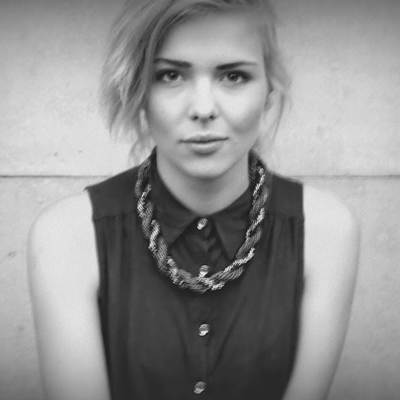 Sylwia is a DJ and producer from Poland, currently based in Berlin. Her solo musical career started in Kraków, Poland, where she was a part of duo Sentel and she helped organize and performed at several large-scale music events. She has shared the stage with artists such as Neil Landstrumm, Inigo Kennedy, Perc, AnD, Recondite, Blawan and more, bringing raw, dark, industrial soundscapes to her techno. After moving to Berlin, she continued to follow her vision of music, taking a lot of inspiration from the scene and atmosphere of the city, which led her to perform on CTM Festival at Panorama Bar. This year she was part of Tresor New Faces event series, marking her presence at another Belin’s iconic club. Sylwia’s sets honestly engage her current interests rather than passing trends, where the audience is invited to be part of the musical journey. 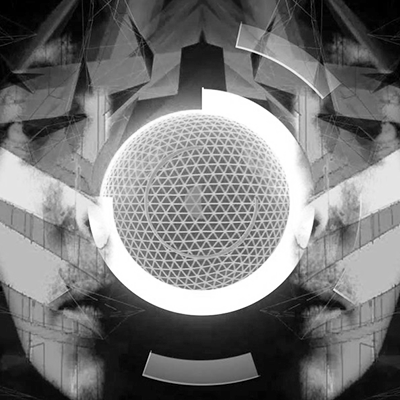 Visual artist, designer and VJ with a degree in Digital Art. He is co-founder of the VJ collective MoreEyes and director of graphic design company Elastic Eye. Over the past 15 years he has performed at some of the UK’s most prestigious venues including the Southbank Centre and The Roundhouse. He has created custom video content for international musicians and performed at major music festivals including residencies for Glastonbury’s late night area Shangri-La and Wilderness Festival, performing with a 40-piece orchestra. He has experience running AV events, teaching workshops in VJing and projection mapping and is in charge of design work for VJ London, the monthly meetup event for the AV community. Currently working as visual tech for AV band Public Service Broadcasting touring the UK and proud producer of Splice Festival. 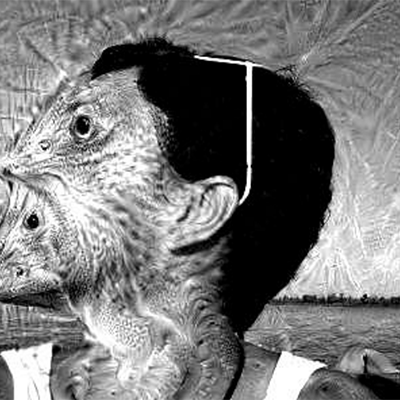 For fifteen years she has been engaged as a VJ, with improvisational audio-visual performances, on both theoretical and practical levels. She graduated at the Intermedia and Pedagogy Departments of the Hungarian Academy of Fine Arts in Budapest, presently, she attends the Doctoral School of the Academy and writing her doctoral thesis about VJing. 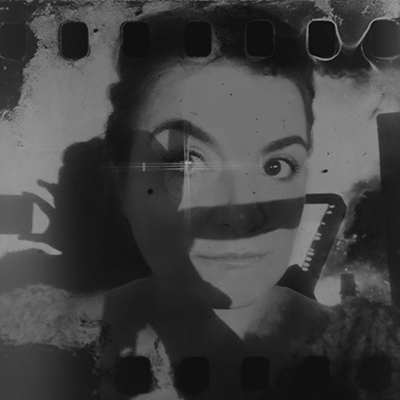 The live visual performance group 4youreye was set up the early 1990s in Vienna, Austria. Their track record of over 15 years includes countless performances in Austria, around Europe and all around the international circuit from Malaysia, Russia, Japan, India and China. The duo stands for fast, hard cuts and unconventional screen sequences, which blow the dust off old images. Ever changing picture collages tune into the music and so create a total experience for the audience. 4youreye work live, in a real time FX, where music and visuals combine to create a unified experience where music becomes visual. The images used range from computer generated graphics, TV samples and specially shot new footage. The result is a mind-boggling diversity of loops, flashes and transitions that capture the eyeballs of the audience with their visual power. Stories are seen as a never-ending Babylonian Archive of pictures, media, sounds and symbols that can explore the open spaces of the future. 4youreye draw their inspiration from the abstract films of the 1920`s, the experimental films of the 50’s and 60’s, and the rock concerts of the 1970`s as well as the video scratchers of the 1980`s. In 2008 and 2007 the industry’s top magazine, the London based DJ-Mag voted 4youreye into the top 5 VJs in the world ranking.

Audiovisual artist and VJ working and living in Italy. He performed on many events and festivals in Italy, Holland, Germany, Spain, UK, Latvia. During 2007 – 2012 he has been official VJ for the Subculture Parties in Italy. Co-owner and manager of the electronic music label Subculture Music together with Maztek and working also as a part different collectives: Antica Proietteria group based in Italy focused on the use of lights design in site-specific contexts, International Network for Culture and Arts.