Friday night of the Patchlab Digital Art Festival, a unique audiovisual experience in the new undisclosed for public yet HEVRE +1 space. The award-winning XCEED Group from Hong Kong, critically related to the Fukushima and Chernobyl radioactivity problem and Microseq presented at this year’s TodaysArt Festival in Amsterdam are in the program among 4 audiovisual performances in the special night club HEVRE +1 club. 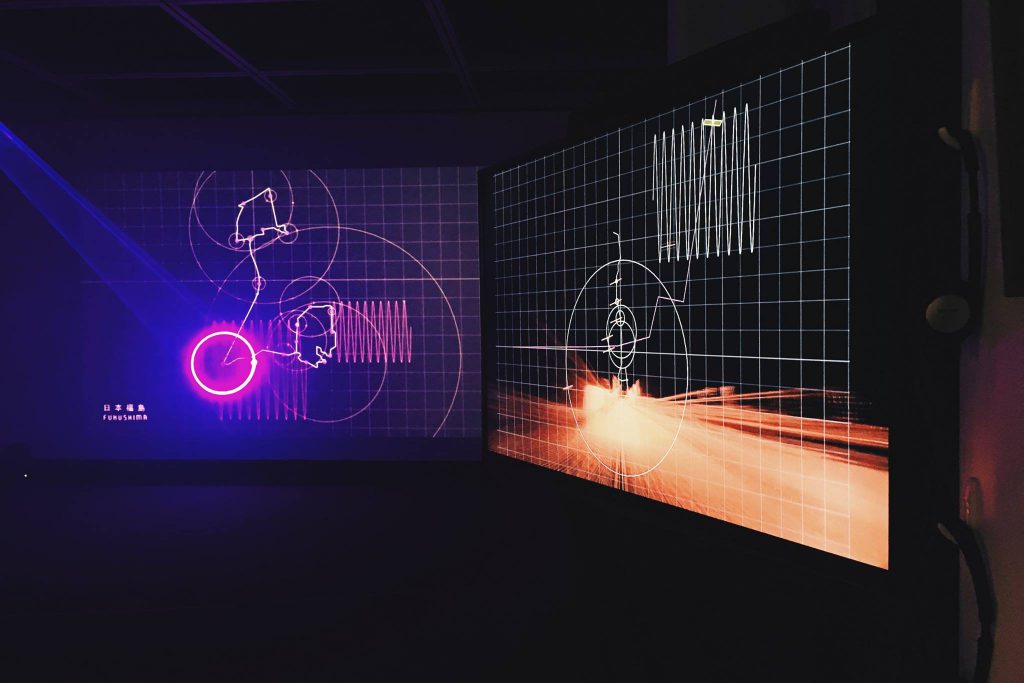 30 years after the nuclear disaster in Chernobyl and 5 years after the Fukushima incidence, people should be more aware how radiation is affecting our lives. Back in 2014, the “RadianceScape” was originally created to compare the radiation level of Fukushima and Hong Kong in an audiovisual representation.

The “RadianceScape” (ver. 2016) is a data-score performance. The sound and visuals are generated based on the latest radiation data-set collected from the Safecast.org – a global sensor network for collecting and sharing radiation measurements. The scanning laser technique is used to construct the dialogue between space and the data-visualization. Different tonal drone ambience and noises are generated based on the radioactivity. The sound samples are captured with an electromagnetic field detector device. The graphical scores are separated into 2 parts: the first part is illustrating the zone around Chernobyl nuclear power plant, the second part is illustrating the route of Fukushima, where visualising the radiation level from the Fukushima Prefecture to the nuclear power plant. The performance was shown at Sónar 2017 in Hong Kong 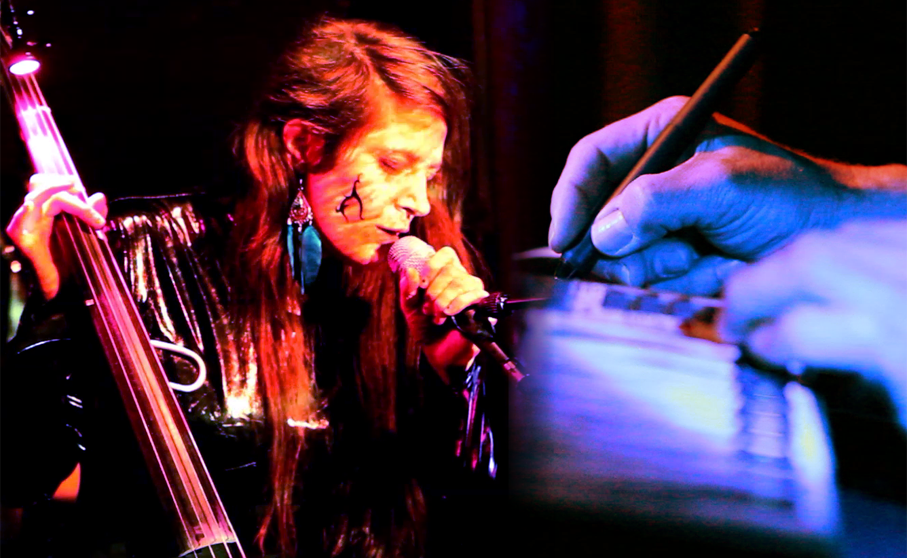 Generative nights is an audio-visual performance about the exploration of a dark urban world in which humanity struggles with infinitely replicating micro-machines. Their growth and bursts are hypnotic and scary.

Lola and Yukao Meet’s intricate association of soundscapes, music, graphics, and digital effects carry the audience through initiative journeys with references to human myths and dystopian artifacts of our contemporary lives. Based on cellular automata, the first part of the generative nights is a unique experience of mechanical audio and graphical patterns. The steady rhythms and the pixelized visuals combine into pictures that evoke industrial halls, cities at night, or a biologist’s lab bench. In the second part, humanity progressively takes control over the machines. The haunting vocals turn gigantic primitive totems into goddesses who take care of the city at night. Moved by the shamanic rhythms of the loops, luminous vestals and flying guardians, half yamakasi/half angels, haunt the buildings while the sleeping city traverses its dreams of fame and wrath. Alas! mankind freed from its mechanical slavery is caught back by its demons of power and vanity in the last part of the piece. Huge machines with long traces traverse the screen and seem planned to cause death. The drawing machine brings the performer’s limbs into play but fails as Deus ex Machina. The hand of fate traps the melancholic solitary wanderer, while scaring shadows are cast over burning ruins. A flying horse carries the loner’s soul towards better skies and the landscape disappears progressively under tumorous shapes. The chant for a better life is hopelessly covered by an uproar of uncontrolled mechanics. 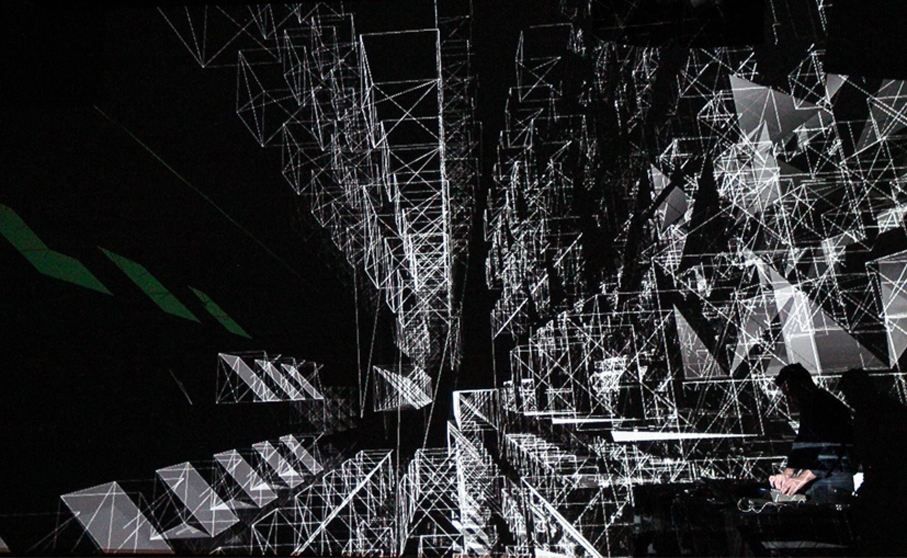 “False Awakenings” is a blend of abstract rhythmical patterns, evolving ambient landscapes and detailed sound design. Audible generative structures provide the canvas for a visual interpretation of time – motion and memory. As a measure of disorder an immersive audiovisual world is created, a temporal construct of bass, light and colour. An immersive post-digital sonic world enhanced by the physicality of real-time manipulation of sound-synthesis parameters. Sound is manipulated and deconstructed through a complex network of algorithms and various digital signal processing units. Microseq’s novel (sonic) world pursues musical discourse in terms of developmental sound design, where different styles and forms are being introduced, decomposed and warped.

Audiovisual project, a kind of journey in time built from vintage engravings and illustrations and giving experience of reminiscence. It attempts to recreate moment of recalling memories and dreaming. The symbols and elements included in the animations are taken from childhood memories but through dreamlike poetic they attempts to have universal meaning.