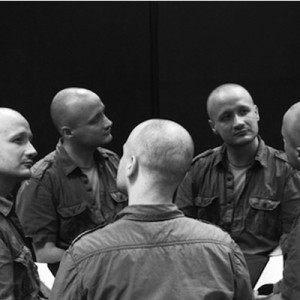 Independent media artist and producer working with generative music, microsound and algorithmic composition, interactive systems for performances and installations, and his own constantly developed hard- and software. 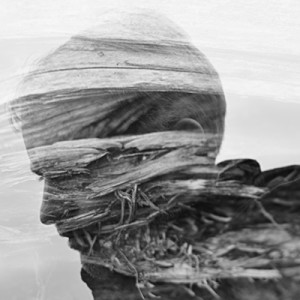 DJ and producer from Leipzig, Germany. Co-runs the record label Holger and the festival Nachtdigital as musical curator. 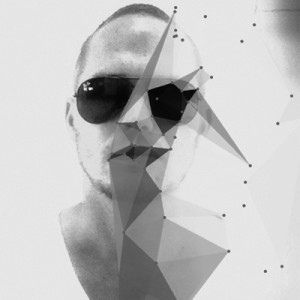 Visual artist with a background in anthropology, always been exploring new means of storytelling techniques. Combining visual aesthetics, storytelling and spatial design has led to a wide scope of works in the relm of vj-culture, installation art, film and spacial design. Whether its an installation, spacial design or performance all are subject to space and time. This interrest has been the main motivation for most works. It led to developing a perspective and skills in real-time media and lots of custom software. One of those fascinations is that we are subject to nature but yet live in an artificial place created by humans. How do we relate to that new space? Or how do we relate to ourselves, our dreams and inner space? Besides his own work, he has been active in different collectives as the belief is that together you can create more. He has been a co-founder of the Lichtdichters, MAU and a member of Born Digital team. 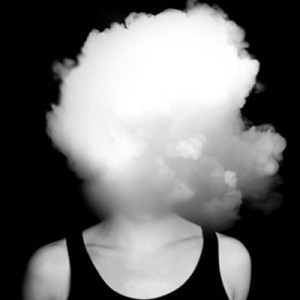 Visual artist creating installation, VideoArt, LiveCinema, writing books, photos, art direction and some interactive stuff. His work study the feedback between reality and representation. Understanding the “real” as individual and collective construction. He is interested in the binding sites between binomials as: real – fake, presence – absence, original and copy. Looking for those interstice that exist between them. Understanding interstice as a small space between two bodies. A meeting point between opposites. A moment where the terms are confused, and for a time both become brittle, light, weightless. 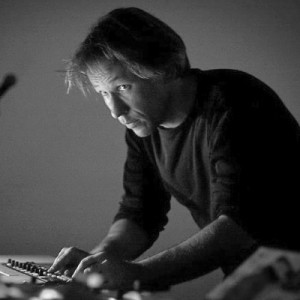 Playwright, director and videographer. His plays, five of which are published in France, are always a limit-attempt language; between playwriting and poetry. Meanwhile, in recent years he developed a personal project that combines electronic music, video and new technologies, which allows him to explore other poetic fields with new audiovisual instruments. His music and visual work approach the Live Cinema esthetic, which according to him, gives the best way to express the meanings during the performance process. He performed several times during the evenings Café Concrete Plymouth (UK), Live Performer Meeting in Belarus and Netherlands, RL and Dimanche Rouge in Paris. 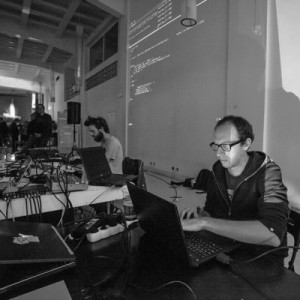 Multi-disciplinary media creator from Czech Republic. He fills the gap between computation, interaction and aesthetic. He uses vvvv developing platform for creating generative graphics, interactive installations and video projections. He got master from faculty of applied science in Pilsen. He is part of Lunchmeat visual label, one of front-end visuals group in Czech Republic. 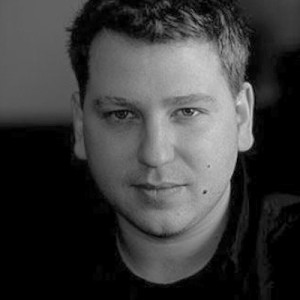 3d graphic, visual artist living in Budapest, Hungary. He started as a VJ, performing in the underground party culture of Budapest, since year 2000. He studied at the Hungarian Academy of Fine Arts in Budapest and at MediaLab UIAH (University of Art and Design) in Helsinki. With the time his artist name became a famous company: Bordos.ArtWorks – which created the first, high resolution 3d animations for high resolution indoor- and outdoor projections in Hungary. With his early 3d-vjing (2000-2004), outrageous video projections (2005-2006) and with his first video mapping project made at Heavent Paris (2007), he belongs to the first generation of video mapping artists. Since 2006 he is working on experimental and high resolution panoramic video mapping projections, together with his main partner Ivó Kovács – and year by year he invited more and more artists into his projects. Since year 2010 he is running the projects under the name: Bordos.ArtWorks and Invited Artists. Today, Bordos.ArtWorks and Invited Artists are internationally recognized as eminent representatives of video projection mapping. 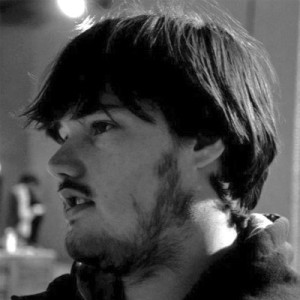 Daan van Hasselt [NL] is a creative programmer, visual artist and educator, passionate about writing software for live audiovisual performances, multi­media installations and generative artworks. Working with tools like openFrameworks, Processing, Arduino and TouchDesigner, he is able to express himself through code. As a freelance developer he gained extensive experience in developing both commercial and artistic applications. 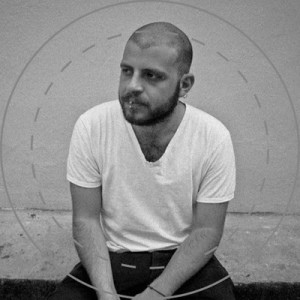 Interactive programmer and video artist, also interested in photography, live video performances, and interactive art. His current work focuses on lighting, projections, displays and art projects that draw on my experience in computer vision and my interest in lens based media. 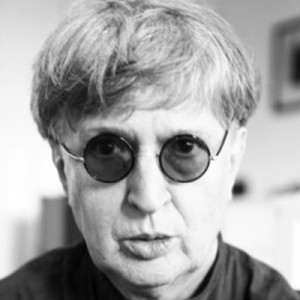 Visual artist, graphic and app designer, interior designer, academic teacher, editor-in-chief of CyberEmpathy – Visual and Media Studies Academic Journal. He is a mentor of App Design Scientific Club created under patronage of Microsoft at Academy of Fine Arts in Krakow. Theoretical physics is his great passion and influences his artistic activities. He often compares it with mystical knowledge of old cultures. According to the needs of the future he teaches transhumanistic ideas and designing for cyberspace. 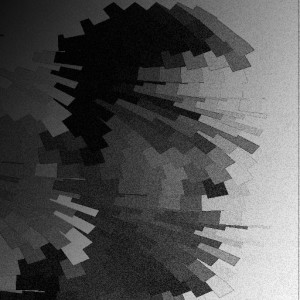 Visual artist connected with the experimental audiovisual scene, influenced by street art and digital aesthetics, his work focuses on the re-envisioning of modern life and time perception. He specializes in the fields of data visualization, 2 and 3D graphic design, sound sculpting, audiovisual performance and interactive graphic interface programming. The winner of Vj Torna Battle LPM Rome Italy in (2013) and VideoZone Competition in Jaworzno Poland (2013). 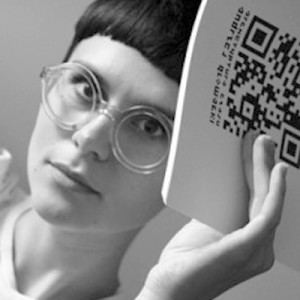 Visual artist, book, app and interior designer, creative director of CyberEmpathy – Visual and Media Studies Academic Journal. Design and Media Spaces are the subject of her researches which she carries out as a PhD student in the fields of design and cultural studies at Academy of Fine Arts in Krakow. 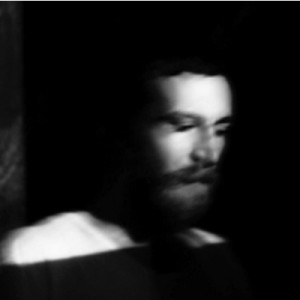 Giuseppe Bifulco aka DROP [IT]

Italian music artists, living in Berlin. He focuses on sounds investigation and experimentation, not that much in an aesthetic meaning, rather than in a perceptual and sensorial one, considering the sound as a bundle of informations that deal with psycho-acoustic and music therapy. 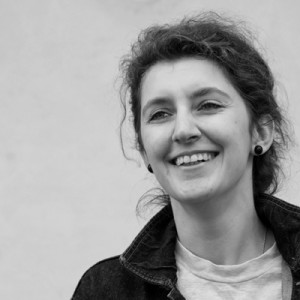 She works mainly with posters, linocut, and large forms. She graduated Faculty of Art UR with distinction of her works. Her projects were shown on many exhibitions including “Byt i Styl” in Lublin, “Temperatura ciała i pokojowa”, “Circle of Light Moscow International Festival 2013″ in Moscow, “Srebrny czworokąt” in Przemyśl, “Biennale WRO 2013″ Wrocław, “Kultura miejska”, “Plac sztuki” 2013 i 2014 in Rzeszów. 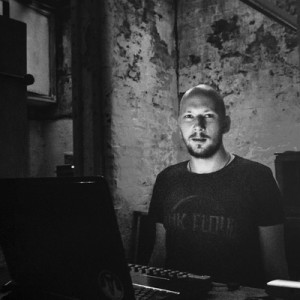 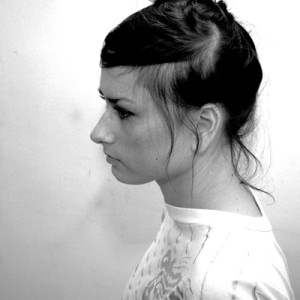 Is a great believer in vinyl and pushing truth through mixing. She’s been a key player in the Polish electronic music scene for 10 years, both solo and performing as the duo Chrono Bross, with her brother Kinzo Chrome. Olivia’s success has spread thanks to her idiosyncratic track selection and her excellent technical skills. Through the raw and dark edges of techno, the liquid feel of acid, the deep reaches of cosmic, the simplicity of electro and the warmth of house, her sets shine with originality and a strong belief in the sound she delivers. She has played throughout Poland, from festivals to club shows. Her most recent major festival was Unsound Festival and Nachdigital. Over the yeas Olivia has supported Legowelt, Blawan, Xosar, Nick Hoppner, Pantha Du Prince, Jacek Sienkiewicz and many others. 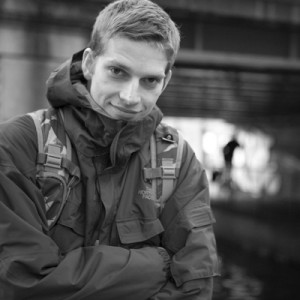 Sound artist, performer focused on using improvised material in multidisciplinary projects and audio visual installations. In 2008 Radoslaw has been shortlisted by SPNM (UK) as one of the most interesting emerging composers living in UK. He made pieces for theatre, film and game sound design. Radek holds PhD in Digital Composition from the University of York. His work is focused on multidisciplinary projects combining art and science. Radek performed and exposed his work in festivals and art galleries in Poland, UK, Italy, Ireland, France, Greece, Russia, Brazil, USA. 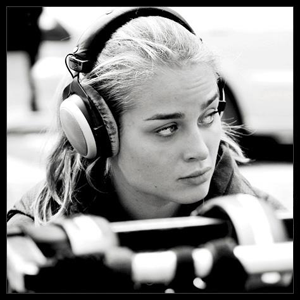 Maria Anna Janicka is a classically trained musician principally playing the violin. She also operates within digital music as a composer and also curates soundscapes and sound installations. She gained a BA Hons in Digital Music and Sound Arts from the University of Brighton in 2008. ‘Cable – My Audio Experience’ (My Sound Experience) was a sound installation showcased at the Audio Art Festival in Krakow, 2008. The installation centres around three cities – Krakow, Brighton and London and characterizes the space of these cities via sound. It is the story of city identity and the installation was experienced through headphones in one location. It enabled users to experience the sound of three cities in one place. Janicka successfully graduated with an MA (Master of Arts) in Studio Composition at Goldsmith College in London in 2010. Shi is working with music : Music to the Theatre , Sound installations, Working in film as Assistant Sound Operator and making by her own as sound operator. 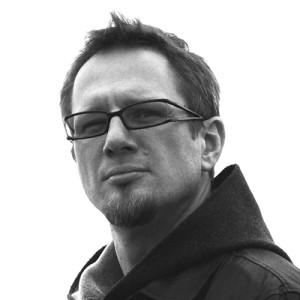 A graduate of the Academy of Fine Arts. Jan Matejko. He is the creator of numerous multimedia installations, artistic and paratheatrical action, author and director scenery outdoor performances, where the applied technology mapping, 3D projections of large and interactive generative structures. He is the author of borderline experimental films and video installations and interactive projection generated in real time (including “Haiku” in 2011 at the International Festival of Audio Art, the Museum of Modern Art MOCAK,). At the invitation of Andrzej Wajda has designed a multimedia exhibition about the history of the People’s Republic – SocLand in Nowa Huta (2001) and an exhibition on the occasion of the visit of the Emperor of Japan in Krakow – Hiroshige multimedia CSiTJ Manggha (2002). He has participated in numerous international presentations of Polish art. He was co-author, in collaboration with Krzysztof Ingarden, Polish Pavilion at the EXPO 2005 where he also presented his semi-active installation Echo. His work has been shown at festivals : Musica Polonica Nova, Ad Libitum, Warsaw Autumn, the WRO. He is a lecturer at the Academy of Fine Arts in Krakow in the department of scenography / Set design and new media /. Currently implements pioneering project meta-film-based Internet Dziga Vertov structure of the film “Man with a Camera” in 1929 and the exhibition as part of Tatsuno Art Project in 2014 in Japan.