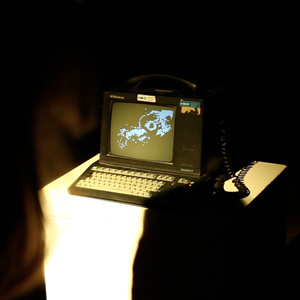 According to jewish teachings, Shechina is the feminine majestic presence or manifestation of God which has descended to dwell among men. As the Israelites became exiled the Shechina came with them. Her manifestations remind men to constantly improve themselves and humankind and therefore seek reunification with God. Shechina ex machina is an artistic installation about an exiled spirit manifesting herself in a piece of obsolete technology, desperately trying to reach man who stays preoccupied with postmodern capitalist shenanigans. (work in progress – v.0.1) 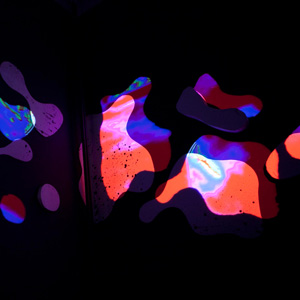 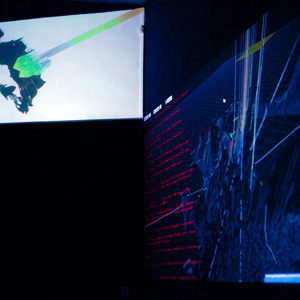 This project about an imagined Baltic City is based on a 3D topographic map of the Baltic sea bottom and works as the Internet platform.
Any website user can become a builder of the network agglomeration but their creative input into the city construction depends on their geographical location in relation to the centre   the agora of Baltic City.
The inverted image of the sea bottom reveals the optic centre, namely the Landsort depth (459m) situated in the North-West off the island of Gotland. The agora of Baltic City was located by Mateusz Pek and Klaudia Wrzask on its peak – or actually the lowest part.
The moment of logging in and entering the site starts the building process thanks to the commonly used IP data base. At this moment the location of the user is transmitted to the server. The application created uniquely for the project allows the sending of an impulse, that connects the user s city with the agora by an axis. As a result the Baltic sea coastline will be covered with a multicoloured mosaic of the  lynchpin arches” of the Baltic Sea Agora. 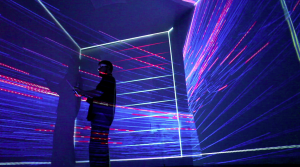 i.a.m.a is a sensual, multi-generic multimedia installation. It associates multiple virtual areas controlled by tools and behaviors, both real and interactive. Quasi-holographic simulation.  Mapped, animated, cinematographic space rendered in real time. Installation, which gives you the ability to control but also has its own independent characteristics, results in actual curvature of reality and psychedelic states. It is a mix of the virtual and the real. The room is completely filled with the image and the projection itself becomes something more than what is actually shown to the audience. Additionally, the area out of sight is also being filled out.  The recipient himself unknowingly introduces interactions in each and every move, this involves the position of the controller(ipad), independent sliders (touchOSC application) and recipient’s own position in the xyz axes (kinect). The diagnosis of system interaction is unnecessary because of too high multiple events. 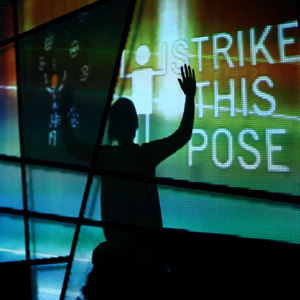 Step into a dialogue with the architecture, the location and the options to build a unique and fresh visual output on each new setup and situation.
Reflecting authors experience of todays new media life and going into deeper conflicts with art itself, the result is an interactive experience for the visitor – the user – the performer … YOUR WELCOME, STRIKE THE POSE!! 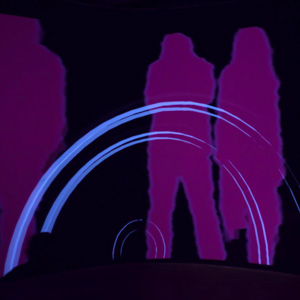 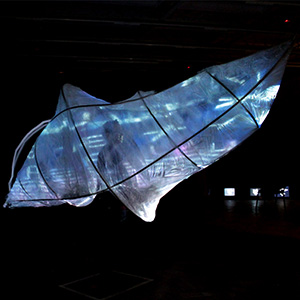 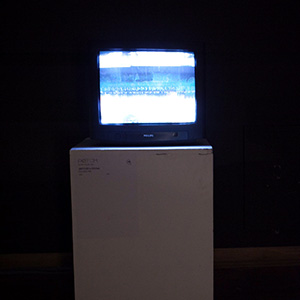 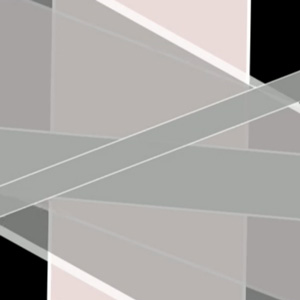 The 3 videos are composed in a continuity, reflecting the simple idea of patterns, activated in motion, expressing the possibility to compose a structure with simple iconic elements, thus composing a narrative structure with motion and composition.

Overhead collage, variation I
Overhead collage was made out of paper cuts and video recording of the images realized with an overhead projector, using figures and pieces of paper taken out of books as well as photographic film. The video is a simple assemblage of rhythms and shapes illustrating a unstable composition.